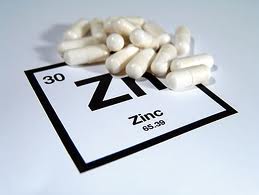 Here is an article which I wrote a few years ago and which still applies to general health:

Zinc is a vital mineral which is found in every tissue in the body due to its involvement in cell division. In the world of fitness and bodybuilding, zinc has a number of roles, including maintenance of normal hormonal levels, proper endocrine function, body composition, energy levels, optimal physical performance and protein synthesis. Thus it is crucial to maintain normal levels of zinc in the body when training or prepping for a competition.

Zinc is highly concentrated in meat, dairy and some seafood. This is why vegetarians most commonly suffer from zinc deficiency. So how can you tell if you suffer from a zinc deficiency? Common symptoms include an altered sense of taste which leads to cravings for sweets and salty foods. Other symptoms of zinc deficiency include low energy, infertility, low libido, memory problems, poor immunity and diarrhea.

A relatively easy way to test yourself to see if you are deficient in zinc is to do a taste test. Take 1 to 2 teaspoons of zinc sulfate (you can get this at health food stores) and add to a cup of water. If it tastes just like water, you are very zinc deficient. If you experience a slightly metallic taste, you are moderately zinc deficient. If it is strongly metallic and unpleasant, you most likely have normal zinc levels. Please bear in mind that this test is never as accurate as a blood test, but at least it will give you an idea of what your levels are.

For those of you who want to know the specific health benefits of zinc, here is a list of benefits.

Zinc plays a major role in anabolic hormone production which makes it a key player in optimizing athletic performance and strength. When zinc levels in the body are normal, more growth hormone and insulin-like growth factor-1 is released, which result in enhanced muscle growth and performance. Researchers have also noted that zinc enhances the conversion rate of androstenedione to testosterone, which improve strength gains during the recovery phase.

Enhances Reproductive Health and Fertility in Both Men and Women:

The cells of the male prostate require an extremely high concentration of zinc for proper function. To give you an idea of how much zinc is necessary in the prostate, male prostate tissue requires ten times more zinc than other cells in the body for normal function. There is a correlation between low zinc levels in men and increased risk of developing prostate cancer and infertility. There is also evidence to support the link between low zinc levels and low libido. Another implication with low zinc levels is its importance in maintaining optimal testosterone levels. Men with low zinc also tend to have low testosterone, which puts them at greater risk of andropausal symptoms.

In women, proper levels of zinc are essential for egg maturation and ovulation. Zinc also optimizes utilization of estrogen and progesterone and regulates their levels. During pregnancy, zinc plays a vital role in ensuring proper cell division in the growing fetus and helps to prevent premature delivery.

Essential For Taste, Smell and Appetite:

Zinc activates areas in the brain that process information from taste buds in the mouth and olfactory cells in the nasal passages. In addition, levels of zinc in the plasma influence taste preference and appetite. Many programs which treat anorexics use zinc to revive taste and appetite.

Zinc accelerates skin cell renewal which is why it is commonly used in diaper rash creams, acne treatments and creams which are used to treat dermatitis. It has strong anti-inflammatory properties and has a soothing effect on rashes, burns and blisters. Some shampoos contain zinc to help prevent dandruff. What you may not know is that zinc is important for healthy hair and that low zinc levels can cause hair loss, dull and thin hair, and loss of pigmentation.

Zinc is found in high concentrations in the retina, but this level declines with advancing age, precipitating age-related macular degeneration which is characterized by a partial or complete loss of vision. Zinc also has a protective effect against the development of cataracts and night blindness.

The presence of zinc is essential for normal function of most hormones, including insulin. Zinc binds to insulin and aids in storage in the pancreas as well as release of insulin in the presence of serum glucose. In addition, zinc is found in the enzymes which enable insulin to bind to cells so that glucose can be utilized for fuel, a process better known as insulin sensitivity. Why is this important? If zinc levels are low, enzyme levels drop, insulin sercretion drops and glucose remains in the bloodstream, a process which can lead to diabetes if it is chronic.

Dopamine, a chemical in the brain which boosts mood and energy, is partially regulated by zinc, so zinc once again plays an important role in the body. There is also evidence to support the theory that the presence of zinc boosts serotonin levels in the brain.

Zinc supports T cell function and is thus strongly tied with combating inflammation. T cells are responsible for mounting an immune response to invaders such as bacteria or viruses.

Zinc can remove toxins from the body and prevent accumulation of harmful compounds in tissues. This mechanism has a protective effect against the development of cancers, especially in the prostate, ovaries, pancreas, breast and colon. In addition, zinc prevents the buildup of heavy metals in the brain such as aluminum, which has been closely linked with Alzheimer’s disease.

If you suspect that you are deficient in zinc, you can supplement daily with 20 to 30 milligrams.