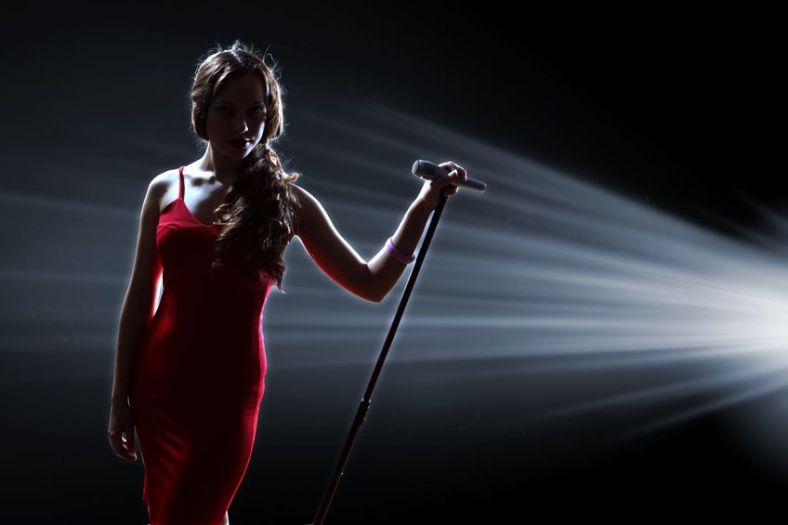 From the time I was a little girl, I fantasized about having a beautiful singing voice, but I wasn’t destined to be blessed with such talent.  Though I am not tone deaf, and can carry a tune, the quality of my singing voice is very basic and certainly not worthy of any type of showcase.  At least I was realistic at an early age (eight years old to be exact) about my utterly ordinary voice, and never attempted to delve into some delusional idea that I might someday develop pipes which would rival Mariah Carey.  Instead, I happily lived vicariously through my favorite singers, imagining what it must be like to have such sweet melodies emanate from one’s vocal cords.

Of course, like most of you, I’m not afraid to belt out a tune while driving my car or taking a shower.  There is something so cathartic about being able to let loose like that, so I allow myself to indulge in it frequently.  Why not?  It’s not like I’m going to try out for American Idol or The Voice.

It’s pretty sobering to think that the majority of singers never really get a chance to fully live out their dreams of stardom, despite having massive talent. I recently watched “Twenty Feet From Stardom” which follows several prominent backup singers from the 1960’s to present time. In one portion of the documentary, Merry Clayton describes her experience recording the vocals for the 1969 song “Gimme Shelter” by the Rolling Stones.

In an excerpt from an article on openculture.com, Merry describes the evening:

Well, I’m at home at about 12–I’d say about 11:30, almost 12 o’clock at night. And I’m hunkered down in my bed with my husband, very pregnant, and we got a call from a dear friend of mine and producer named Jack Nitzsche. Jack Nitzsche called and said you know, Merry, are you busy? I said No, I’m in bed. he says, well, you know, There are some guys in town from England. And they need someone to come and sing a duet with them, but I can’t get anybody to do it. Could you come? He said I really think this would be something good for you.

I said, Well, play the track. It’s late. I’d love to get back home. So they play the track and tell me that I’m going to sing–this is what you’re going to sing: Oh, children, it’s just a shot away. It had the lyrics for me. I said, Well, that’s cool. So  I did the first part, and we got down to the rape, murder part. And I said, Why am I singing rape, murder? …So they told me the gist of what the lyrics were, and I said Oh, okay, that’s cool. So then I had to sit on a stool because I was a little heavy in my belly. I mean, it was a sight to behold. And we got through it. And then we went in the booth to listen, and I saw them hooting and hollering while I was singing, but I didn’t know what they were hooting and hollering about. And when I got back in the booth and listened, I said, Ooh, that’s really nice. They said, well, You want to do another?  I said, well, I’ll do one more, I said and then I’m going to have to say thank you and good night. I did one more, and then I did one more. So it was three times I did it, and then I was gone. The next thing I know, that’s history.

Now listen to her raw vocals.  You’ll get the chills from her energy and passion: