How can sugar be such a bad thing when it tastes so wonderful? Well, you might want to consider the consequences of indulging in sweet treats on a regular basis. You are probably already familiar with the dental consequences of high sugar diets, and you are probably also aware of the correlation between sugar and insulin resistance. You may even be well aware of how sugar can completely stall weight loss efforts. But did you know that a diet high in sugar can affect memory and learning?

Consume a diet which is high in processed sugar, and you can almost count on experiencing a pronounced cognitive decline with advancing years. Numerous studies have revealed a decline in cognitive function among subjects who were evaluated after consuming processed carbohydrates. One 2011 study in particular, which was published in the British Journal of Nutrition, examined habitual sugar intake in over 700 nondiabetic middle-aged subjects of Puerto Rican descent. The results showed that consumption of sugary beverages resulted in lower Mini Mental Status Examination (MMSE) scores, while a higher total sugar consumption resulted in lower word list learning scores. Numerous other studies have shown a strong correlation between insulin resistance and lowered cognitive function. Basically, the higher the sugar intake, the lower the mental function. 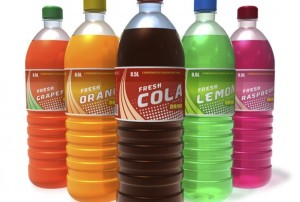 As it is, cognitive function begins to decrease by our late 20’s, with memory problems surfacing about ten years after that. Some individuals are already doomed to develop insulin resistance with increasing age, and this is magnified dramatically when processed carbohydrates are consumed on a regular basis. Processed carbohydrates such as refined sugar are absorbed more rapidly, causing a surge in insulin release. When this occurs frequently, the result is an increase in insulin resistance. Another consequence of increased blood sugar is decreased blood flow, which also inhibits cognitive function.

By no means am I saying that you have to COMPLETELY eliminate all sugar from your diet all the time (though it isn’t a bad idea). If you allow yourself the RARE indulgence, such as birthday cake, that is fine. The more insidious culprits are the sugary sodas, flavored yogurts, breads, pastas, granolas, salad dressings, juices, coffee and tea drinks, and crackers which tend to creep into regular diets.

Make sure to read ingredient labels on all items you are considering purchasing at the store!

Remember that foods containing sugar may be tasty to many people, but they carry a heavy consequence. Knowing all of this, why would you risk “dumbing down” and increasing your dementia risk by eating sugary foods all the time? Now, that is just stupid.