Many women who have low serum levels of testosterone (normal total levels range between 15–70 nanograms per deciliter) are often wrongly convinced by their doctors, loved ones or coworkers that they are suffering from depression or stress. Low testosterone in women commonly causes fatigue, low libido and sleep disturbances, symptoms which are also found in mood disorders. The fact of the matter is, like men, women become deficient in testosterone as they age, and may manifest a whole host of symptoms.

Here are some common symptoms of low testosterone which women may experience: 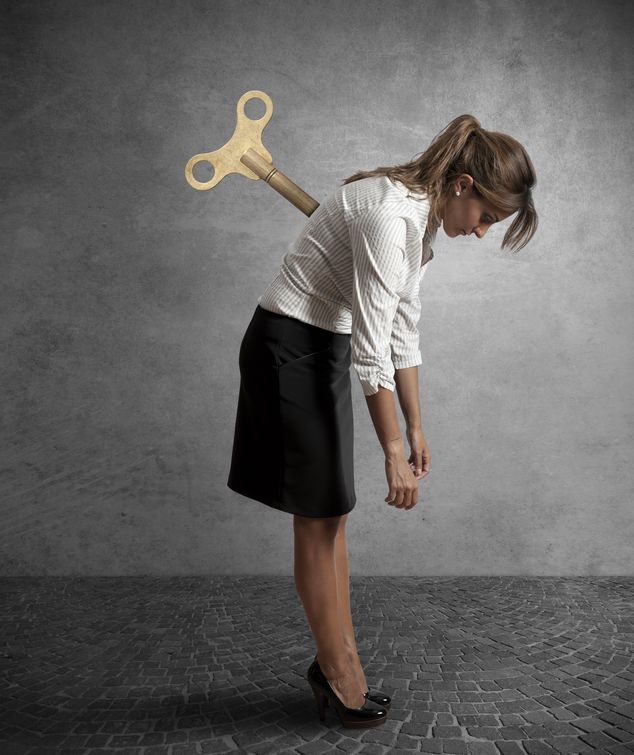 While some women will agree to boost their testosterone levels by using testosterone supplements (either injected or in topical form), there are numerous side effects which may emerge from such therapy. These side effects, some of which are irreversible, include hair loss (male-pattern baldness), weight gain, insulin resistance, acne, excess facial hair, hirsutism, deepening of voice, aggression, enlarged clitoris, and smaller breast size. If a woman is concerned about these side effects, she can turn to DHEA, regular exercise, and certain foods to increase testosterone levels. 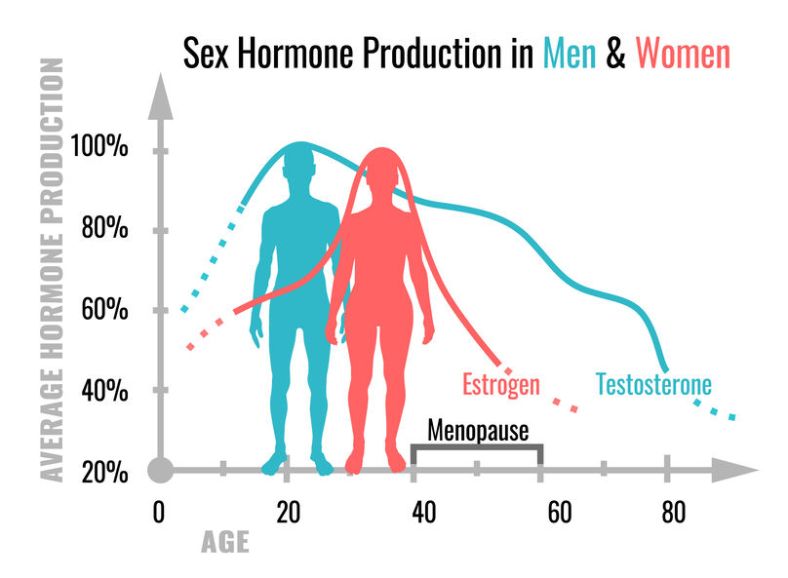 What if exercise and the introduction of testosterone-raising foods isn’t enough for a woman to create normal testosterone levels in the blood? A hormone which is secreted in the bloodstream by the adrenal glands known as dihydroepiandosterone, or DHEA, can be taken as an oral supplement. DHEA is converted in the body into DHEA sulfate, then androstenedione, then ultimately to testosterone and estrogens. DHEA reaches its highest levels in the body in one’s twenties, when undergoes a slow and steady decline (about 10% for each decade of life). Oh the joys of aging, right? Probably the most concerning aspect of DHEA’s decline is the potential development of major diseases such as heart disease and cancer, but another confounding aspect is the decline in the sex hormones, with a corresponding drop in muscle mass, increase in visceral fat, skin changes, and all the other symptoms associated with perimenopause and menopause.

It is widely believed that DHEA is a key hormone which can be administered as an anti-aging treatment for older individuals. One key study followed 30 male and female subjects ranging between 40-70 years of age for six months, during which time they were given 50 mg of DHEA per day for 3 months, then 3 months of placebo, in random order. It only took two weeks for patients taking DHEA to reach the serum DHEA levels of young adults, and after 3 months on DHEA therapy, the majority of subjects reported improved sleep, more energy, and less anxiety. Another study which examined women between the ages of 45-55 found that the subjects who were given 50 mg daily of DHEA had significantly higher testosterone levels than women who were in the placebo group.

If you are a woman considering boosting your blood testosterone levels with DHEA, please make sure to get a full workup and bloodwork from physician who is well-versed in hormone replacement therapy to determine whether you are indeed deficient in testosterone. I always advise starting with DHEA as opposed to testosterone, since the side effect profile of DHEA is much more tolerable than that of testosterone. I also recommend getting your DHEA supplementation compounded with pregnenolone from a well-respected compounding pharmacy for the best purity and quality. You may still experience some side effects from DHEA supplementation, especially at higher doses (in excess of 25 mg daily). These side effects include oily skin and acne, skin thickening, hair loss, stomach upset, headache, insomnia, high blood pressure, changes in menstrual cycle, facial hair in women, deepening of the voice, and fatigue.

For those of you who do not know what 7-Keto is, it is a metabolite of the hormone dehydroepiandrosterone (DHEA), which has gained popularity among those who are interested in battling the aging process. Keto-7 boosts immune function and helps to reduce body fat without the risk of conversion to estrogen and testosterone which characterizes DHEA.

Keto-7 (or 7-Keto) is a brand name for the chemical 3-acetyl-7-oxo-dehydroepiandros-terone which is a metabolite mainly produced in the adrenal glands and skin as well as the brain. Levels of this compound rise in the body until about age 20, then start to drop after age 30, declining by 50% by age 50. When Keto-7 levels drop, body fat and total body weight tend to increase, and immune function drops as well. In addition, since the decline in Keto-7 is more pronounced than that of cortisol, cortisol becomes dominant and further challenges the strength of the immune system. So it certainly makes sense to supplement the body with Keto-7 as we age.

Probably the best features of Keto-7 are that it carries no negative side effects, is rapidly absorbed and does not accumulate in the body over time. It counteracts the effect of circulating glucocorticoids such as cortisol, thereby conferring a protective effect on the body’s immune function. For those of you who are asking how it can enhance your health and performance, consider the fact that Keto-7 is a powerful thermogenic and can cause an appreciable increase in the body’s metabolic rate. The process by which Keto-7 does this is by enhancing the activity of three thermogenic enzymes which stimulate fatty acid oxidation. These enzymes drive liver cells to burn fatty acids for energy, resulting in lowered triglycerides. In addition, Keto-7 causes a surge in thyroid hormone activity which further stimulates fat oxidation. Another encouraging effect of Keto-7 on the body is that it improves the blood cholesterol profile. Though Keto-7 only has a slight effect on decreasing LDL cholesterol, it causes a significant increase in HDL levels, thus shifting the total cholesterol profile. Keto-7 also causes a significant rise in apolipo-protein A-1 which has a protective effect on cardiovascular health.

Many proponents of Keto-7 supplementation suggest combination therapy with both Keto-7 and DHEA. Both of these substances can work in tandem to boost estrogen and testosterone levels to optimum range. DHEA can cause facial hair growth and oily skin in women who take large amounts of DHEA, so the use of Keto-7 with a smaller dose of DHEA can eliminate this problem. DHEA cannot be administered to individuals with prostate cancer or breast cancer, which makes Keto-7 an acceptable alternative.

Make sure to supplement with Keto-7 in the morning when the body’s natural production is at its peak. I take my dose with my first meal in the morning, but you can also take this supplement on an empty stomach. Some proponents advise taking two doses daily, but I believe a 100 mg dose once daily in the morning suffices for most individuals. Avoid taking it in the evening, as it may stimulate brain activity and result in insomnia.

Keto-7 should be taken by anyone who wants to combat the aging process and improve body composition without adversely affecting natural hormonal levels of estrogen and testosterone.