With the new film Batman vs. Superman: Dawn of Justice slated for release this March, I became curious about the actors who have been pivotal in forging the portrayal of the Man Of Steel over the years. I liked the summary on http://screenrant.com/superman-actors-trivia-list, portions of which I have copied and pasted here. I have omitted the actors who had a smaller impact on the Superman character for the sake of keeping this post manageable.

I don’t think anyone ever portrayed Superman as convincingly as Christopher Reeve did, so he will always be my favorite Superman. However, as a result of my decades-long crush on Dean Cain, I must have another favorite spot for him as well!

In 1948, former Broadway actor Kirk Alyn was the first to don Superman’s cape in a live-action setting. Columbia Pictures’ Superman theatrical serial became an instant hit and young fans of the superhero were immediately mesmerized. For years prior, their imaginations did all the work based off a weekly radio broadcast starring the voice of Bud Collyer as Superman, but now they could see their idol in action!

The Superman serial was 15 episodes long, told Superman’s basic origin story, his job as a reporter at the Daily Planet and his friendships with Lois Lane and Jimmy Olsen; in the final episode, he battled the villainous Spider Lady. In 1950, Alyn would reprise his role in another serial – Atom Man vs. Superman. This time around the villain is Superman’s main rival Lex Luthor who, as Atom Man, terrorizes the good citizens of Metropolis with his atom disintegration ray.

Arguably, George Reeves was the most popular actor to every portray Superman and his alter-ego Clark Kent, in both the feature-length film Superman and the Mole Men and the subsequent TV series Adventures of Superman.

Reeves is the only actor to ever play Superman in both a theatrical release AND in a TV series. He would entertain audiences for six seasons, with the first three seasons broadcast in black and white. While the remaining seasons were filmed in color, they wouldn’t be broadcast that way until the show was syndicated in 1965.

Adventures of Superman was canceled in 1958, followed by the passing of George Reeves in 1959, so when ABC decided to reboot the show in 1961, actor Johnny Rockwell was chosen to portray Superboy. The project never made it past an unaired Superboy pilot titled “Rajah’s Ransom”, even though twelve full scripts were completed for the show.

Alas, the general public would never see Rockwell dressed as Superman, but footage from the pilot stills exists (it comes with the 62 DVD collection Smallville: The Complete Series) and a small clip from the show can be found in the documentary Look, Up In The Sky: The Amazing Story of Superman.

Superman: The Movie was first conceived in 1973 but wouldn’t see a theatrical release until 1978 with Christopher Reeve starring as the titular superhero. Superman I and Superman II were filmed simultaneously at the total cost of $109 million. Superman I proved to be the more popular of the two bringing in $300 million at the box office, while the sequel only brought in $104 million.

Over the next few years, Superman III and Superman IV, both starring Reeve and Gene Hackman as Lex Luthorn (who skipped number 3), would come and go in theaters with very little public support – together, both films only grossed $85 million on a $46 million budget.

Even with poor box office performances later in the franchise, Christopher Reeve’s name would become (and still is) synonymous with Clark Kent and Superman – arguably even more so than George Reeves.

Only a year after Superman IV: The Quest for Peace entered theaters, producers wanted to once again tap in the the lucrative TV market with a Superman show – enter Superboy starring James Haymes Newton in 1988. Newton would only sport the red cape for the first season due what the producers consider a lackluster performance, combined with his demand for a raise and a DUI arrest.

The show debuted during the 50th anniversary of Superman character and ironically, the actual character of Superboy had recently been removed from comic lore in The Man of Steel retcon by comic artist John Byrne. This was the first time the teenage years of Superman were explored. The show followed Clark Kent and Lana Lang as they reported on weird happenings for their college newspaper, The Shuster Herald (get the reference?). 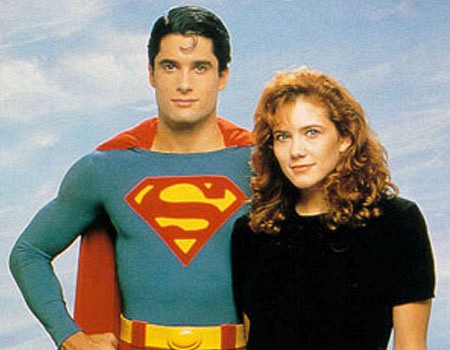 The second, third and fourth seasons of Superboy (re-titled The Adventures of Superboy in season three) saw many cast changes – the most notable being Gerard Christopher replacing Newton as Clark Kent/Superboy. The series also started taking on more “mature” storylines as time went on, including having Clark deal with the return of his Kryptonian parents, Jor-El and Lara. The series left the slightly-campy feel of season one behind and started placing Superboy in many perilous situations – becoming darker in tone with each new episode.

The producers, planning for a fifth and sixth season, had delved into “The Death of Superman” storyline at the end of the fourth season – even filming the demise of the superhero for the season’s finale. However, Warner Bros. placed a lien against the show and the series was canceled. Parts of the final episode were re-shot to tie up the series by revealing that Superboy had faked his death.

The lien and resulting cancellation of The Adventures of Superboy were actually a plan by Warner Bros. to establish a series of their own called Lois & Clark: The New Adventures of Superman in 1993 starring Dean Cain as Clark Kent/Superman and Teri Hatcher as Lois Lane. The show proved to be a whopping success with audiences and had a run of 87 episodes over the course of four seasons. The third season proved to be the most popular, drawing in an average of 15 million viewers a week.

Unlike previous television series, Lois & Clark (as its name implies) focused heavily on the love interest between Lois Lane and Clark Kent. While Superman showed up in every episode, he wasn’t typically the focus of the show, as series creator Deborah Joy LeVine wanted to explore more of Clark’s life. To that end, Clark’s parents were kept alive (unlike the Silver Age of the Superman) and he visited them frequently to discuss pressing issues. The show also addressed how Superman got his outfit – his mom, Martha Kent, made it for him – awww.

A few years after Lois & Clark ended, writers Alfred Gough and Miles Millar produced Smallville for the WB/CW, starring Tom Welling as Clark Kent. The show ran for ten full seasons and initially drew in 8+ million viewers – though those numbers reduced dramatically as time went on, eventually only pulling the attention of 3 million viewers for the series finale.

Smallville took a “no flights, no tights” rule per Gough and Millar – audiences can only see Clark fly once and only briefly see him in a cape in the final moments of the series finale. It did, however, introduce many members of the Justice League and brought to life several villains never before seen on TV, such as Darkseid and Doomsday.

The story involved Superman returning to Earth after a five-year trip to Krypton to see if any of his people survived. Lex Luthor is once again the villain (like the original Superman movies) and he absurdly wants to create new land using crystals stolen from Superman’s Fotress of Solitude. The film’s “twist” – that Lois and Superman had a child who inherited his father’s super genes – brought on more jeers than cheers from audiences.

The movie was a disappointment to both critics and fans – many of whom also disliked the sleeker costume hip-hugging style briefs and a much smaller “S” on his chest. He did have the signature curl in his hair, though. 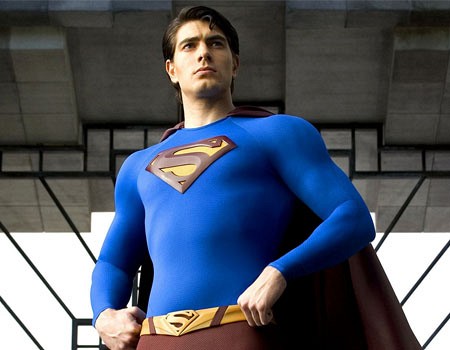 Henry Cavill is the latest actor to play Superman in director Zack Snyder’s Man of Steel but he certainly won’t be the last. After the underwhelming Superman Returns, fans of the character were holding out very little hope that they would ever see a good, modern version of Superman in theaters again. For the most part, Snyder quelled those fears.

Man of Steel, with all its super powered, action-goodness, wasn’t without its drawbacks though – erratic scene cuts, weak character development and a longer-than-necessary running time, make the film drag in some areas. Most critics and fans agree though, the film is a far better than the previous attempt.

DC Comics has been behind Marvel in the shared movie universe and Man of Steel is their first (weak) attempt to fix that situation. A sign attached to satellite high above the earth reads “Wayne Enterprises” and is the only thing tying Superman to Batman. It could have been stronger but at least it was there.