It’s pretty rare these days to encounter someone who is comprised of a single ethnic line. With the popularity of DNA analysis kits, most of us have found out that we are multi-ethnic.

Though it is obvious that I am of mixed heritage, I went through most of my life assuming that my paternal lineage was 100% eastern European. DNA summaries from both 23andme and Ancestry.com told me otherwise. I found out that though my paternal bloodline is mostly Hungarian, with a touch of Balkan, I also have a bit of Italian, German and French in my DNA. My mother’s side is 100% Japanese, which I definitely expected.

There are people like me whose multi-ethnicity is obvious, where you can look at them and see that something is different. Our faces are dead giveaways. I still get a kick out of the fact that some people tell me they don’t see any Asian features, while other people know upon first glance that I have Asian blood. After all, I am more Japanese (50%) than anything else. The epicanthic fold which is so characteristic of Asian eyes is something I possess, and because of it, I can never pencil in a fully lined eye shape. It’s a constant reminder of my Japanese heritage.

Me and my epicanthic folds from my Japanese lineage

Ethnic blending is not only more commonplace, but it is also celebrated more than ever before. What is puzzling is that our need to categorize can often stand in the way of making a pure, empiric assessment of someone who is multiethnic. Jamin Halberstadt speaks of “processing fluency” in multiethnic faces, but his research only examined blended faces created from two individuals, one Chinese and one Caucasian. He states that “racial ambiguity” can render a face less attractive if the viewer must suddenly categorize a blended face into one race.

How do multiethnic individuals identify with their surroundings, and how do they define themselves racially? It turns out there are differences which depend on the particular ethnic mix. As someone who struggles with checking off one ethnicity box on surveys, when push comes to shove, I categorize myself as Asian since 1. I have more Asian blood than any other, and 2. My primary parent, my mother, is Japanese and colored my upbringing with the nuances that a second generation Japanese-American from Hawaii naturally possessed. I can also tell you that by identifying with my Japanese-ness, I was teased and bullied by my very Caucasian classmates who only saw that I was different from them, and therefore, somehow inferior. I almost had to make sure I could blend in at least somewhat just to survive.

According to the Multiracial in America by Parker, et al, I guess I was behaving appropriately:

“…experiences and attitudes differ significantly depending on the races that make up their background and how the world sees them. For example, multiracial adults with a black background—69% of whom say most people would view them as black or African American—have a set of experiences, attitudes and social interactions that are much more closely aligned with the black community. A different pattern emerges among multiracial Asian adults; biracial white and Asian adults feel more closely connected to whites than to Asians.”

Regardless of how I and many other multiracial individuals have been forced to identify with one ethnic community, I am very proud of my Japanese heritage, and will always defend it, especially when someone is quick to fling disparaging comments my way simply because I’m not “pure”. The segment of the global population which is considered pure is growing smaller and smaller, and ethnic blending is accelerating whether people like it or not!

I am described as a hapa in Hawaii, which means mixed or part. Typically this means part Asian or Malaysian, mixed with any other ethnicity, usually resulting in very exotic and often strikingly beautiful looks. Over the years I have noticed a strong sense of community among hapas, and this sense of community has strengthened over the years with the popularity of hapa celebrities such as Kristin Kreuk and Dean Cain. I am always fascinated by the combinations which result from such ethnic mixings, because they can be quite unpredictable. Hapas are often studied for their unusual phenotypic characteristics, and usually present an amusing puzzle for others to figure out. I personally get a kick out of people who try to guess what my ethnic blend is! 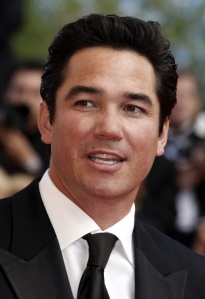 Dean Cain is 1/4 Japanese, while Kristin Kreuk is half Chinese. Can you see the Asian features in these celebrities?

I am still waiting to see if research marketing organizations catch onto the idea that more and more people are unable to check just one box when asked to describe their ethnicity. I think it is ridiculous that someone like me who is EXACTLY half Asian and half Caucasian must claim only one ethnicity. Since I was raised by my Japanese mother and had been exposed to a more Asian upbringing, I check off the Asian box. I also know of many people who have such complex ethnic mosaics that no single ethnic group dominates over the others in terms of percentage. Do these people have to go “eeny meeny miney mo” to fill out a survey?