The one part about summer which I never miss is the endless string of hot nights which keep me tossing and turning. In an effort to keep the ambient temperature as comfortable as possible while I slumber, I have tried many different methods to cool down, and some still do the trick quite nicely. Thankfully, the mercury should start dropping soon, and the blazing hot nights will abate.

Here’s what has worked nicely for me in my quest for a cool sleeping environment:

1. Central A/C is always set for a certain temperature. We have it set at 77 degrees because at 78 degrees or higher, the entire household (there are four of us) bakes like incubating baby chicks.

2. The ceiling fan in my bedroom is always on. There’s nothing I can do about the fan placement, and often lament the fact that the fan is positioned over the foot of my bed instead of over my head, but the bedroom is huge. If I owned the place I live in, I would install three ceiling fans in line so that I could stay cool in bed, sitting in front of the television, or sitting at my desk on the other side of the room.

3. I have two sleek tabletop fans on my nightstands which are wonderful on hot nights. They have a slim profile, and are relatively quiet.

4. I always use 100% Egyptian cotton sheets, which have more of a tendency to stay cool than sheets which are a lower thread count or made of synthetic materials.

5. I have a cooling mattress pad on my mattress. The brand I have, PureCare Frio 11 Inch Cooling Mattress Protector, is acceptable but not great. 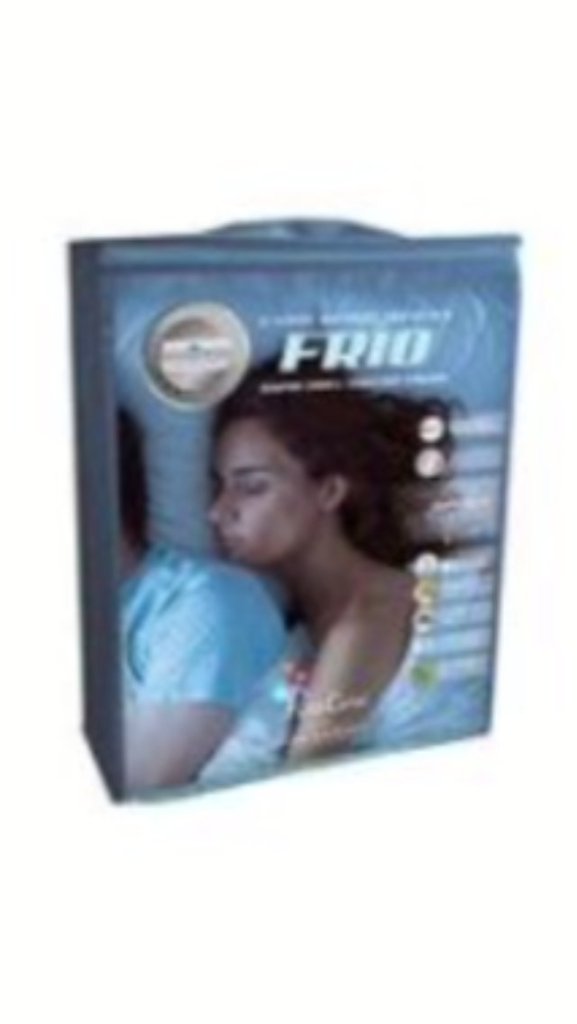 Several other bloggers have recommended the Slumber Cloud Nacreous Mattress Pad which is available at slumbercloud.com, and I have a sneaking suspicion that it does a better job of cooling than the Frio.

6. When I was dealing with the worst of my perimenopausal nights sweats, I would place an ice cold gel pack between my shoulder blades and sleep on my back so that I could maximize the surface area which came into contact with the pack. After two summers of using gel packs on a nightly basis, I am thrilled that I haven’t had to resort to such craziness this summer.

7. On the hottest summer nights, I will take a tepid shower before retiring. The shower ritual cools core body temperature and primes the body for more restful sleep.

8. I will often kick a foot or an entire leg out from under the covers to cool down. This has been scientifically proven to decrease core body temperature. Some researchers even recommend that people sleep with their feet completely unencumbered by socks or bedding.

What did NOT work for me was a bed fan. I had seen the BedJet Climate Comfort Cooling Fan and was intrigued by it, but the steep price ($300 and up) caused me to lose interest quickly. When I learned that there was a Brookstone version of the bed fan, and that it was $99, I quickly purchased it, only to be so disappointed by the performance that I returned it. Even with the lightweight sheets I have on the bed and a simple coverlet (no blanket, no heavy comforter), and with the fan cranked up to the maximum setting, the device spewed out just enough air power to keep the toes of one foot cool.

I am intrigued by the Breezy Buddy fan-cooled pillow and wish I had known about this product when I was in the throes of hormonal night sweats. However, I no longer need such a device.

If you are looking for ways to cool down your bedroom, you might want to try a few of the suggestions I have discussed here. Here’s to a restful and cool night’s sleep!

Many of you are already aware of the “one leg out” sleeping position, in which one leg is hooked over the covers, while the other leg remains nestled under them. This clever approach to cooling the body down during sleep actually has a scientific basis.
The body prepares for sleep by dropping its core temperature, and in the deepest stages of sleep, body temperature actually dips a couple of degrees below normal. This is part of the natural physiology of slumber. Even some of the pre-bedtime rituals which some people adopt, such as taking a warm bath or drinking a cup of hot herbal tea, cause the body temperature to cool rapidly, priming it for sleep.

When we uncover our feet but keep the rest of our bodies snug under the bedclothes, or we swing one leg over the covers, we enable the blood vessels of the feet to dissipate body heat and keep us cool, which further supports restful sleep. Besides, who enjoys sweating while trying to sleep?

Some scientists even recommend keeping feet uncovered while sleeping at night, especially if you are sleeping next to a partner or pets (those of you who have pets know that they often sleep ON you). Another tip is to keep your bedroom temperature between 60 and 68 degrees, so if you are in the habit of cranking up the heat to keep your home warm and cozy, you might want to drop the thermostat setting at night while you sleep. 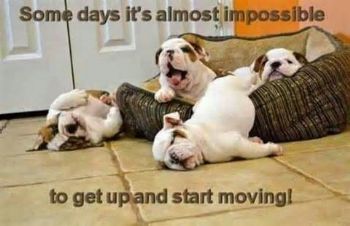 No, I’m not talking about your car. I am referring to your get-up-and-go, your energy, your motivation to do anything on a given day. We all have those days when we lack the pep to charge through the day, when the bed seems unusually cozy and warm, and when our ability to rationalize our way out of everything on our to-do list for the day is particularly strong.

On the more serious end of the spectrum, a lack of initiative can be indicative of depression, especially when it is recurrent. In other instances, fatigue could be a sign of stress, sleep deficit, over-training, dehydration, malnutrition, or hormonal imbalance. Some people will even notice a change in energy from weather fluctuations.

For the past three months, I have slept so deeply that I will remain in slumber, despite my alarm’s alerts, with no recollection of the device ever triggering. My dreams have been intense, complex, apocalyptic at times, and truly bizarre, causing me to wonder why my subconscious has meandered so much while I was in dreamland. The many months I spent battling night sweats and insomnia suddenly shifted to feeling (appropriately) very cold at night and sleeping like a rock, both of which I have welcomed. The only real problem now is convincing myself to get out of bed in the morning!

When I eventually begin to wake up, it is an agonizingly slow process in which I can barely move or open my eyes. The sudden dry eye condition I have been experiencing recently hasn’t exactly motivated me to open my eyes up quickly either. The bed is so cozy and so warm, especially because my cats have gotten into the habit of using me as a convenient heater during the night. They also pin me into a small space in the bed so that I have to shimmy my body out of the tunnel they create around me. It seems to be such a waste that I have a Cal King bed, because I never get to spread out on it!

When I absolutely MUST get out of bed at a specific time, I will change the alarm alert, and set more than one alarm, usually with one alarm in my bathroom. In order to shut off the alarm in the bathroom, I must get out of bed, but I have gotten so good at walking to the bathroom with my eyes barely open that I can shut off the alarm, crawl back in bed, and go right back to sleep.

These are the reasons which I have been using to remain in bed:

– The bed is nice and warm and the ambient temperature is cold (upper 60’s)
– The cats are warm too
– The cats are very affectionate and cuddly in the morning
– My bonding time with the cats can be considered a meditative exercise
– My bed is high off the ground and it is hazardous for me to jump down from it (it truly is high off the ground)
– My dry eye condition is a sign that I need to keep my eyes shut
– I need to make up for lost time when I had night sweats and insomnia (it was quite a sleep deficit!)
– I am most efficient at my morning social media posts when in a supine position in bed
– I want to make sure that I spend one third of my life in bed
– If I get out of bed, then I probably have to deal with people

At any rate, I have every intention of relishing the feeling of being in an insanely comfortable and warm bed. I’m sleeping in!