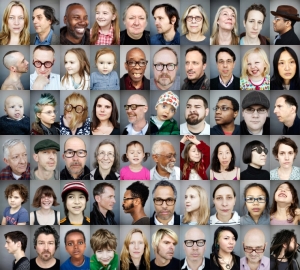 How do you react when you see images, or film or video footage of yourself, in which you don’t look like yourself? I have had this happen to me, and it rattles me every time. Most of the time it can be attributed to bad lighting or camera angles, while at other times, the makeup and hair are so off-kilter that you end up looking incredibly strange or unattractive as a result.

The most recent situation I found myself in was with headshots I had taken two weeks ago. I trusted the process and didn’t think of questioning the photographer’s abilities or asking to see the viewfinder. I wish I had. If I had seen what was being captured, I would have cut the shoot short and left graciously. Instead, I went through the entire shoot, gathered my things, and headed over to a CVS to look at the images and print out some proofs.

The instant I saw the first image, I was stunned. Who was that wide-nosed, unattractive woman staring back at me? It honestly didn’t even look like me. My face looked FAT, there were wrinkles on my face in weird places, and I just did NOT look good at all. The lighting was terrible, the backdrops looked cheap and bad, and even the poses which I was put in looked awkward. The images were so awful that I didn’t even keep the proofs or the disk. Why would I, when the images almost made my stomach turn? Yes, they really were that awful.

So what do you do if you see images which you don’t like? Well, if the images were shot for a paid assignment, or if you did TFCD, then you can’t really do anything. As a matter of fact, you should never second guess the makeup artist, wardrobe stylist, or photographer/videographer unless you see something glaringly wrong with the setup. I have shot commercials and photos which I absolutely HATE, but I can’t do a darned thing about them because I signed away any rights to the images.

However, for headshots, there is never an obligation to use any images you don’t like, especially if they are unflattering and do not portray you the way you really look. You are paying for a service in which the images are supposed to present you in the best way possible. Would you really want to use headshots you hate and which make you look like someone else?

Thankfully, I was able to shoot more headshots three days later with another photographer who got some incredible images. The image below is the main image which I will use from that particular shoot, but there were so many outstanding images from that shoot that it was difficult narrowing down our top choices. That’s a good problem to have!